Close Cookie Popup
Cookie Settings
By clicking “I'm OK with that”, you agree to the storing of cookies on your device to enhance site navigation, analyze site usage and assist in our marketing efforts. More info
I'm ok with that

Ape In Records is a crypto project on a mission to empower the next generation of music talent. We support artists, producers, songwriters and music initiatives through our native token $AIR; helping to fund studio time, education, equipment, music videos, tour support and more.

To date, we’ve supported over 100 artists and community projects worldwide with more than $800,000 non-recoupable funds distributed. This is just the beginning.

As we continue to grow and support the music industry, part of $AIR's core mission is to help migrate music artists safely and efficiently from web2 to web3, whilst supporting them long-term within the space. This will involve various utility being built into the token along with creating a trusted environment with accredited products and platforms that share the same mentality.

The team post-launch have begun development for multiple revenue generating business streams to buy back and burn the $AIR token, driving long-term investor value and enabling self-sustaining artist support in the future. 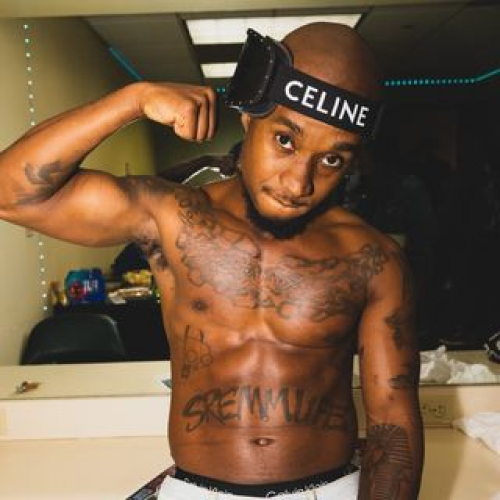 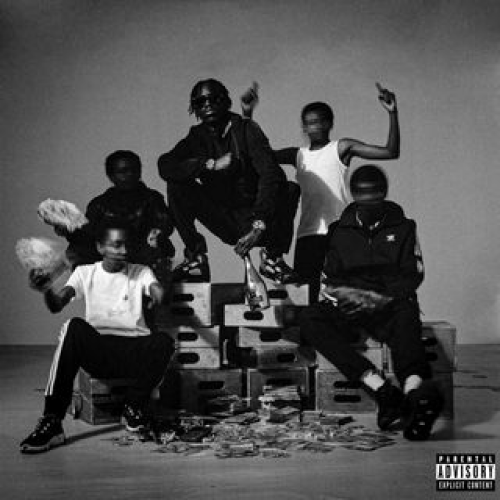 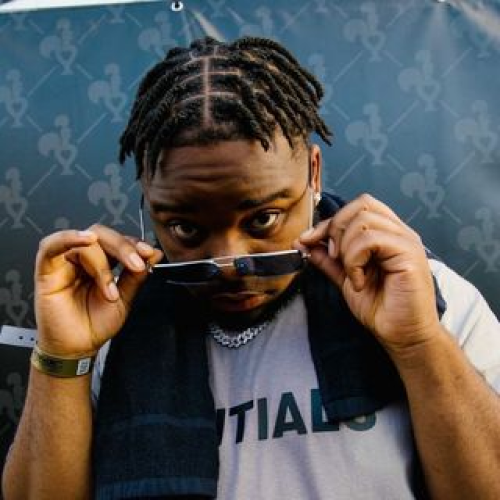 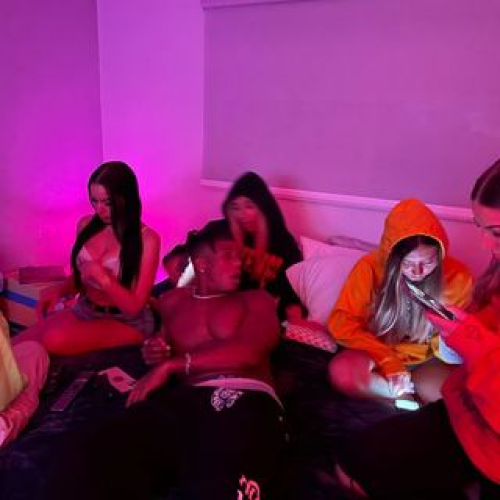 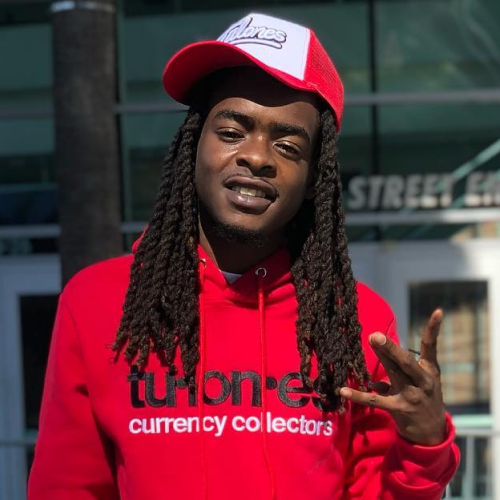 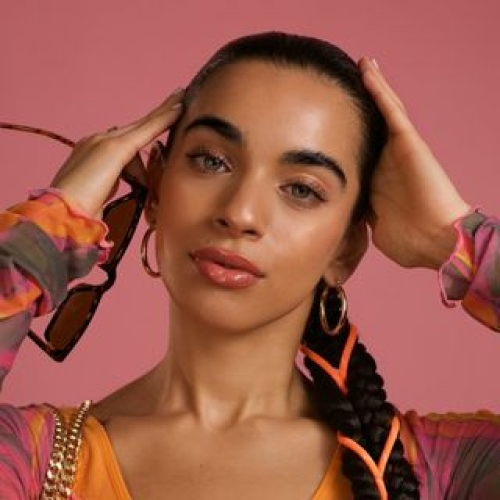 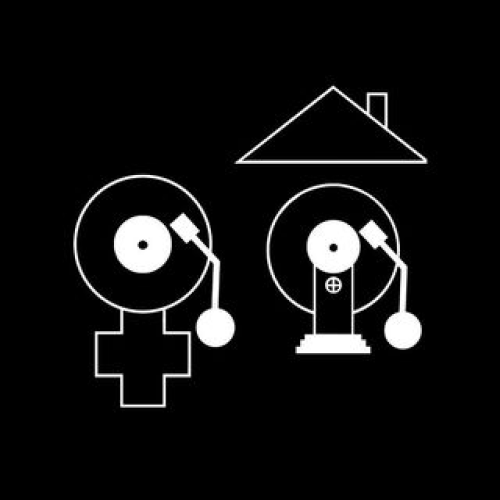 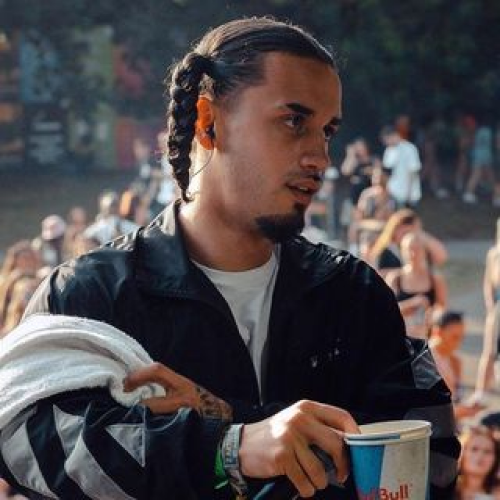 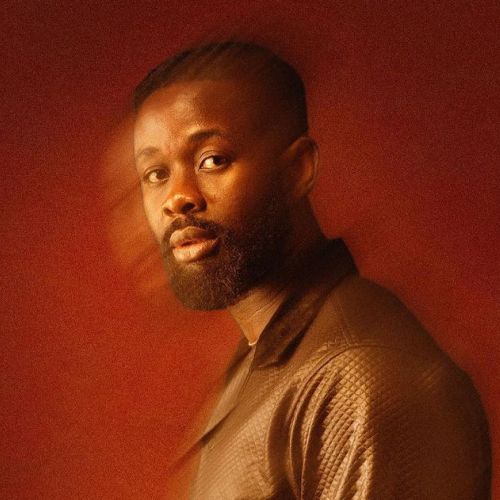 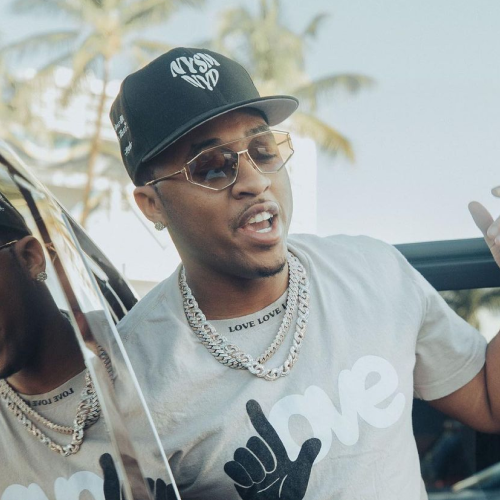 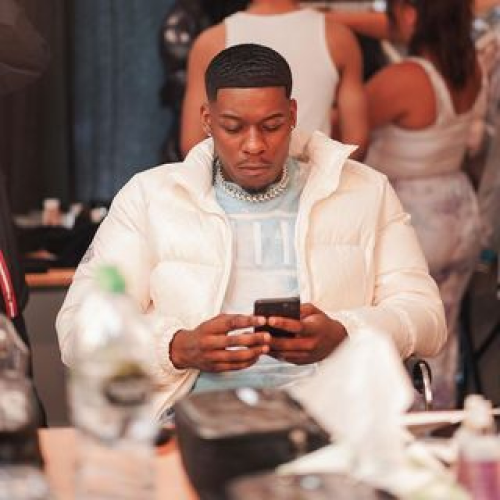 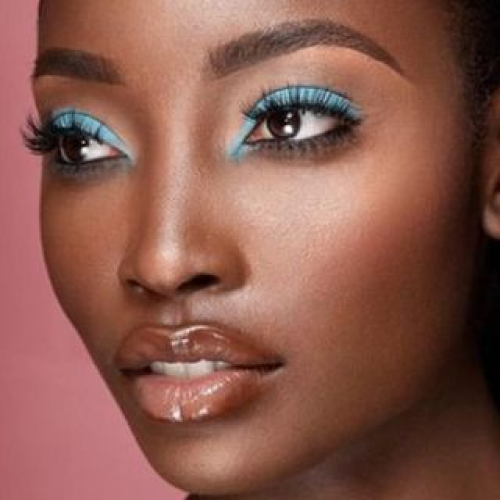 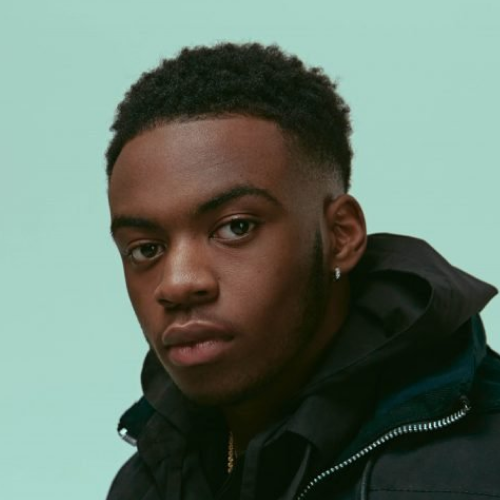 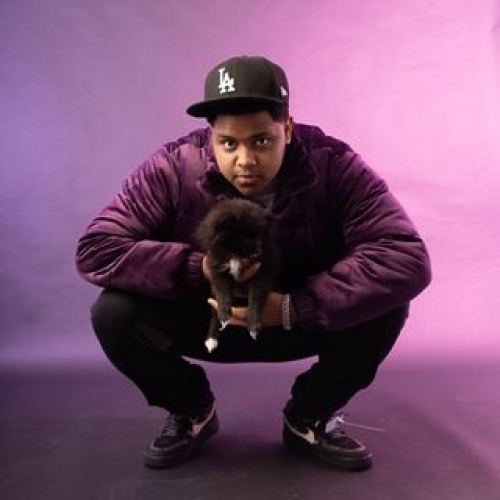 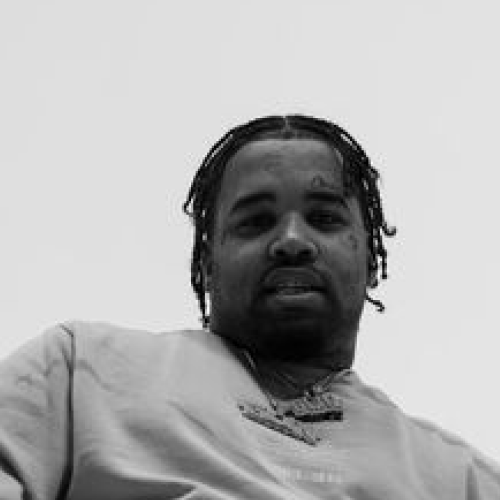 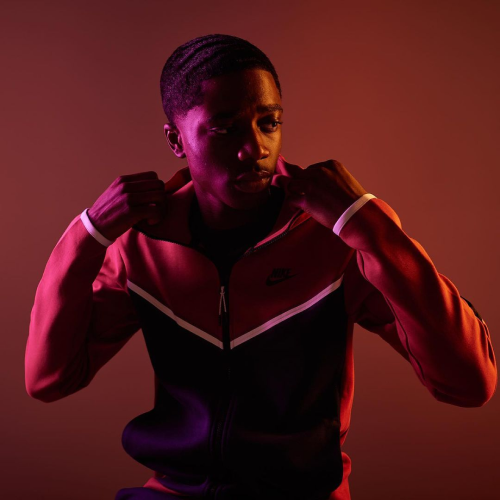 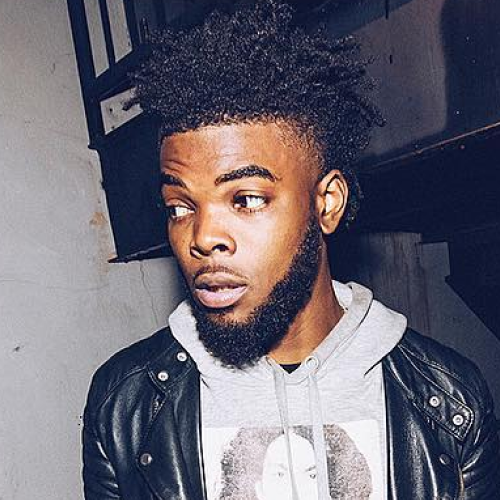 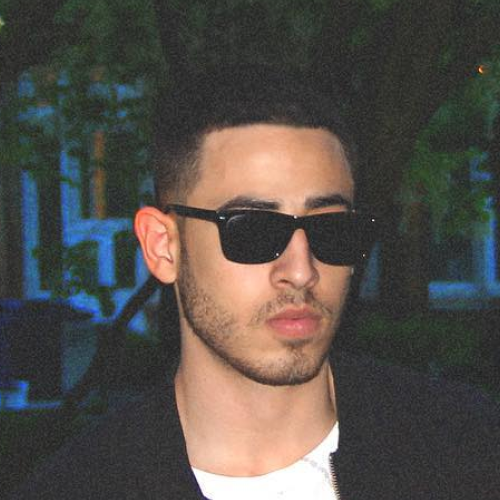 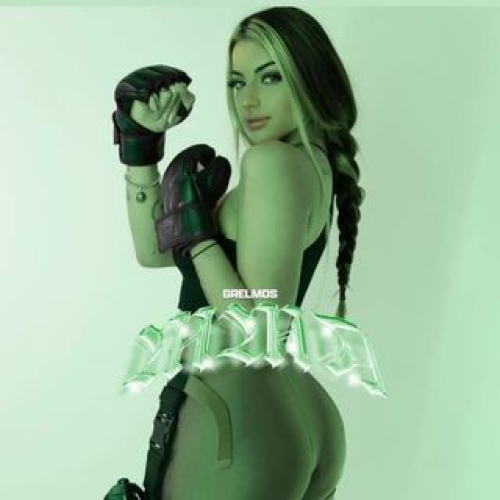 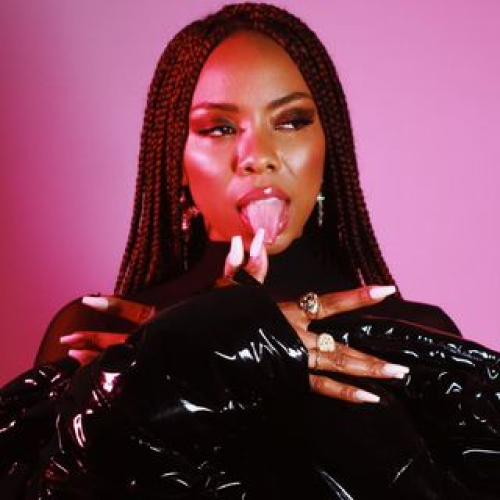 $AIR token transactions are taxed (10% on a buy and 12% on a sell) to fund marketing initiatives and support music talent.

OUR TEAM
WHO IS BEHIND APE IN RECORDS?

Jake is Creative Director and Founder of Clokkemaker. He has worked with some of the biggest brands, talent and technology platforms around the world alongside founding and raising capital for different startups and initiatives. As well as leading creative direction day to day for Clokkemaker and its affiliated brands, he sits on a number of advisory boards including technology platform Sphere, US United and is a founding member of The Freedom Project in partnership with House of Mandela. He is also a member of the PTTOW! Social Justice Task Force. Brands that Jake has worked on include; Warner Music Group, Ralph Lauren, Snapchat, Burberry, House of Mandela, Sony Music Group, Hypebeast and Gumball 3000. Jake has worked on projects for multi-platinum global artists including The Game, Chance The Rapper, Ed Sheeran, Bella Poarch, Ghetts, Gorillaz, Liam Gallagher and manages UK artist Jelani Blackman.

Ben is MD and founder of London creative agency The Sampling Project. He’s been on the board of a number of creative agencies and clocked over 20 years’ experience across pretty much every discipline in marketing; from experiential to TV, film and production to social and digital; with a career delivering campaigns for some of the world’s biggest brands across tech, fashion, alcohol, FMCG and entertainment including Nike, Adidas, Samsung, Amazon, Bacardi and Peroni.

Greg has worked with some of the biggest luxury brands in the world across digital project management, e-commerce, PR, brand development and media planning. His previous roles include brand and media consultancy for premium audio manufacturer Bowers & Wilkins and luxury watchmaker Watches of Switzerland. Prior to this he spent 5.5 years in a senior management position at LVMH where he managed teams across digital, e-commerce, PR and media planning for brands like Hennessy, Dom Pérignon, Belvedere Vodka, Ardbeg and Veuve Clicquot. He led music-based campaigns at Hennessy in partnership with Universal and Abbey Road Studios (of Beatles fame) with artists such as; Mike Skinner, Flohio, JP Cooper, Kojey Radical and Krept & Konan in a campaign that reached over 15M people. Prior to this he’s worked at Hendrick’s Gin and in digital agencies project managing development and marketing for a range of clients including Jack Daniel’s and Samsung.

General Manager for Swizz Beatz Productions and VP of Marketing & Music for Verzuz / Triller, Monique became the very first member of Ape In Records’ advisory board. With over 20 years of music industry experience under her belt, Monique Blake has created a lane for herself that some can only dream about. Over the years Monique has worked for Soundtrack Studios, Elektra Records, Atlantic Records, J Records , RCA and is business partner to Grammy-Award winning producer and artist Swizz Beatz. If that isn’t enough, Blake helped turn Verzuz into music’s most influential livestream.

Tom Windish is a booking agent for musicians. He’s also an artist manager, investor and entrepreneur. Tom started his own agency nearly 15 years ago and saw it grow to 80 employees and over 1000 artist clients. He currently works with artists such as Billie Eilish, Rina Sawayama and alt-J.

Julie Nollet spent more than 10 years in the music industry at a time when it had to reinvent its full model, working in labels such as Capitol Records, EMI, RCA and Columbia. She then moved to the luxury wines & spirits industry at LVMH to work on heritage brands such as Dom Perignon, Ruinart, Moët & Chandon, Krug, and Hennessy. Julie is currently the Global CMO of Hennessy, a brand historically involved in music culture which has cherished and supported artists since it was founded in the late 18th century.

DJ Skee built an empire by consistently identifying the next trends in music and culture first. As a DJ, Skee is best known for introducing the world to artists including Kendrick Lamar, Lady Gaga, Post Malone, Travis Scott, and more on his TV and radio platforms. Skee has produced for defining artists of this era ranging from Snoop Dogg to Michael Jackson and composed music for top selling video game series like HALO and Ghost Recon. Skee has been honored with numerous awards and accolades including Mixtape and Radio DJ Of The Year, Billboard and Forbes “30 Under 30,” as well a mayoral proclamation in his hometown of St. Paul, Minnesota. In raw numbers, Skee has generated over 4 billion views and has a network of over 2 million followers.

Greg Kahn is a catalytic force in the technology, media and entertainment industries, renowned for connecting innovators with investors, growing brands and driving billions of dollars in transactional deals. A former award-winning executive at the Meredith Corporation and Publicis Groupe who received his MBA from the UCLA Anderson School of Management and undergraduate degree from the University of Pennsylvania, Greg’s powerful network of high-level business relationships and public sector leaders stretches from coast to coast and beyond. Earning the trust and respect of some of the biggest companies in the world, including Verizon, Comcast, Google, T-Mobile, Mastercard, Disney, Procter & Gamble, Nestle, Microsoft, Warner Bros, LG Electronics, Cox, GM, Bank of America and SwissRe to name a few, he has an unparalleled reputation for making the impossible possible.

Passionate about creating a world of ethical connections, both human and through technology, Greg is a founding member of the Gun Safety Alliance and the Emerging Tech Exchange (formerly Internet of Things Consortium), as well as a member of the Emma Bowen Foundation, the Guggenheim Technology & Innovation Council and an executive committee member of the UJA Federation of New York’s Entertainment, Media & Communications Division. Named a principal influencer driving IoT forward by Inc. and others, Greg is a regular keynote speaker and moderator at numerous industry events, including the Consumer Electronics Show.

Greg lives in Montclair, New Jersey, with his wife and two children.

$AIR is focused on helping those who are determined to forge a career in music, but need that extra bit of help. There are two ways to apply for $AIR support as a musician.

Disclaimer: We’re inundated with requests for support but will endeavour to get back to successful applicants in due course. We appreciate your patience as we work through the applications.

Your submission has been received!

Oops! Something went wrong while submitting the form.

WHAT ELSE DO I NEED TO KNOW?

$AIR is a new and experimental utility token and protocol, so please exercise caution and be aware of the risks of value fluctuations when dealing with cryptocurrencies. $AIR coins are a means to transfer wealth and shouldn’t be considered as an investment. Purchasing $AIR involves risk and may lead to the loss of a substantial part or the entirety of the principal monies used to purchase $AIR. There is absolutely no expectation of “profits”. Before purchasing $AIR, diligently and thoroughly assess and take into accounts the risks identified in this whitepaper, as well as other risks not included or anticipated in this document.

Crypto assets are not regulated as financial instruments and as such there is no right of compensation available from regulatory bodies such as the UK’s Financial Services Compensation Scheme (FSCS). Prospective purchasers should weigh up their own individual appetite for risk and consider consulting an independent financial advisor before making any decision.

The regulatory status of crypto assets remains evolving and varies in different jurisdictions. Please make sure that you are able to, according to the laws in your jurisdiction, purchase and deal with crypto assets. Due to the evolving and changing regulatory and legislative landscape regarding cryptoassets, it is possible in the future that certain laws, regulations, policies and rules relating to cryptoassets, their underlying blockchain technology or decentralised applications and platforms may be implemented that may impact or restrict token holders ownerships rights and their rights to deal with cryptoassets, such as the $AIR token, freely.

AIR code is open source and issued with no guarantees. No ICO ever took place and all code is published as open source.

By trading or acquiring $AIR by other means, you acknowledge that this is not an investment into any such company, partnership or any corporate entity. $AIR does not provide holders with a right to a share of profits, nor does it provide holders with rights of ownership or control (e.g. voting rights that could be considered akin to the rights of shareholders in a conventional company), nor does it provide rights and obligations akin to specified investments.